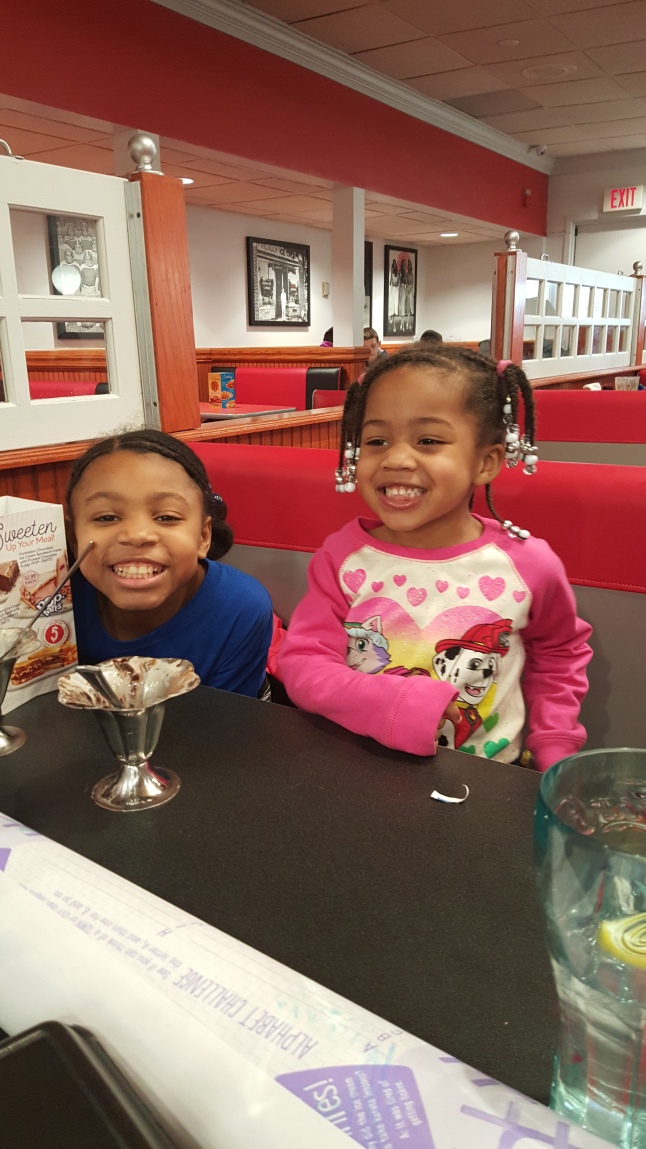 Quinn and Her Big Cousin

“We are family!” Sister Sledge released this song just a couple of years after my birth, and though it has a catchy beat and even says, “Everybody get up and dance,” there’s something touching about the theme of having family. While it was great when it was just my husband and me, becoming a family unit with our daughter, who will soon be three, has been a wonderful feeling and taken our relationship to the next level.

Another line in the song, “I’ve got all my sisters and me” makes me grateful to have my sister and appreciate the relationship that my daughter has with her big cousin, who is more like a sister than a cousin. Quinn’s little face lights up whenever she mentions her cousin’s name or knows she’s going to see her. They’re six years apart, and her big cousin is such a great role model for her. Sadly, I know there will come a time when her cousin will become a teen and may not be interested in hanging out with her little cousin, but until then, which may hopefully not come, I don’t know what I’d do without my sister or what Quinn would do without the close bond she has with her sister/cousin. It’s such a blessing having family.